The “Open/Closed” principle (the “O” in “SOLID”) states

[Code] should be open for extension but closed for modification

Interpreted, this means that if you have extended or modified use cases for existing code, you should be able to do so by extending the code (such as by inheriting or composing higher classes) without needing to modify the original code.

The Rails ecosystem has fighting words for this SOLID principle. The Rails ecosystem has fighting words for SOLID in general. Ruby somewhat encourages this, by making all classes open for modification with little to no effort. Because of this ability, It is far more common in Rails apps to “monkey patch” gems by directly modifying their classes, sometimes defining new methods, sometimes copying the original source code and tweaking it. Rails itself is fond of this, modifying classes as basic as String, Numeric, Kernel, and even Object. Credit where credit is due; these modifications by Rails are super convenient, feature-rich, and in many instances have been integrated in ruby core.

In a fast-moving development team writing an application code base, it is perfectly acceptable, and indeed common as mentioned above, to violate Open/Closed with intention. If the original code no longer serves a use case, for example, then modification is the right move.

Still, the Open/Closed principle, and SOLID in general has a lot of value even small, fast-moving teams working in a language as open as Ruby. Following them with intention where appropriate can dramatically improve the stability and maintainability of your code base.

Even though Ruby allows all classes to be open for modification, the advantage to viewing code as “closed for modification” is that the underlying code is more stably reusable and there is less risk to new features and refactors. This applies strongly to any code that is intended to be reused or used outside of just a single use case.

To quote a much wiser man than myself

Your [developers] were so preoccupied with whether or not they could, they didn’t stop to think if they should. 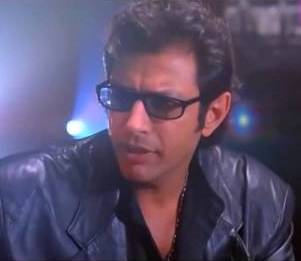 Speaking of wiser folks than myself, after initially drafting this, Stack Overflow blog came out with a great rundown of SOLID applied to modern software written in dynamic language.

That is, on initialization of an Airbrake::Notice, @payload is set to include context, which includes a static const DEFAULT_SEVERITY (whose value is "error").

Now we want to send severity: "warning" message to Airbrake, and would like to use the classes created by the airbrake gem. A common approach in Ruby is to monkey-patch the airbrake gem. However, this violates the Open/Closed principle. It is also dangerous – we are modifying a class that the other Airbrake classes use in ways we don’t fully understand, that other gems may use as well. In many organizations, you’ll also have to ensure your changes don’t conflict with other teams’ changes or usage.

Instead, we will follow the Open/Closed principle and extend the functionality by defining our own subclass of Airbrake::Notice

Now, we can use an AirbrakeExtension::WarningNotice to report an exception to Airbrake using the "warning" severity. We do so without modifying any original source code. We tailor our intended behavior to our specific use case* using our own code.

* – One could argue that this use case isn’t all that specific to us, and I would not argue back. But the illustration still stands.

It would be annoying to manually construct an AirbrakeExtension::WarningNotice manually for every warning error report we wanted to generate. Instead, the usage pattern is simply

This method wraps another class, ReportError, which is designed to allow easy switching out of what error reporting service we are using, including Airbrake, Datadog, or the Rails Logger. (This is the “D” in SOLID, more on that in another post.)

By default, DevOps.report_error calls ReportError with an Airbrake adapter, which contains

This allows us to use the gem-provided functionality by default, but use our extended classes when we want to send other severities. We haven’t modified any standard Airbrake behavior, so we’re not adding any risk to other parts of the code. Instead, we’ve followed Open/Closed, adding functionality by opening the Airbrake::Notice class for extension, not modification.